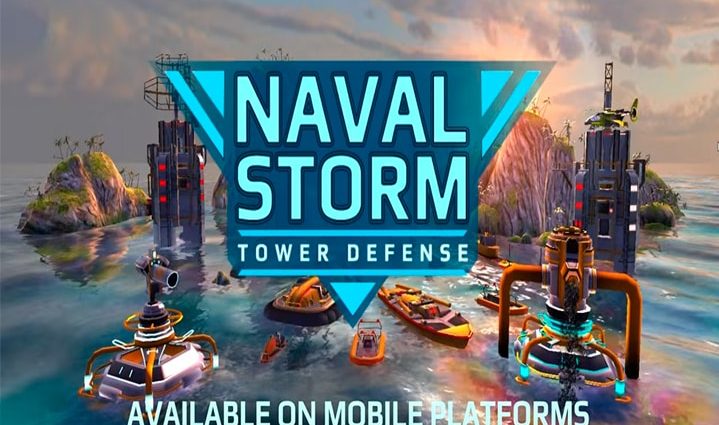 ABOUT THIS GAME
Admiral! Our naval base is in danger! Take command and protect our oil reserves. Entire armies of enemies are thrown on your islands, try to destroy them by any means. The first and only war tower defense game that takes place in the ocean. To win the naval battle, use your deadly arsenal: turrets, guns, machine guns, mines, torpedoes and rocket launchers. The game is a mixture of classic RTS games and TD, with a high share of action and strategy!

Key features:
• Free construction mode, which allows you to place platforms and barricades anywhere, to create the perfect perimeter of defense.
• Strategic depth, due to the variation of the towers, attacking / defending, as well as with multi-level improvement options.
• Amazing oceanic atmosphere implemented in full 3D, this has not happened on mobile devices yet!
• Different styles of levels: from flooded mountains, large canyons, sunken craters to the Antarctic islands.
• Campaign mode with 32 missions and three difficulty settings.
• Many diverse enemies with their own characteristics: submarines, helicopters, boats, ships, heavy armored cruisers and much more.
• Original music and voice acting!
• Fully translated into English, German, Spanish, Portuguese, Italian, French, Japanese, Korean, Chinese and Russian.

More information about a game can be found here.